2. What was Dink's profession?
Top

It sure is funny how you can hear a word "Dink" and a face pops into memory. I don't know what he did, but I do remember his face!!
Top

He used to come in the pool room...

I remember the profession, but cannot remember his last name either. He was always just "Dink"...


Hint: and he wore special hat that was not RR...
Top

Is this the man who worked for what was CP&L as an electrician?

Donnie "Dink" Singletary, that Jody and I know was a classmate and has worked most of the time with North Carolina Natural Gas. However, I don't recall a hat.
Top

He was a good bit older that the graduates of 1963 if that helps with the age.
Top

Would you be talking about Dink Coleman?
Top

As I said, I cannot remember his last name..

Final hint(actually it's a dead giveaway)..

All I ever knew was they called him "Dink the Painter" as he wore a painter's hat. How much he actually painted is still a mystery to me..

Never knew there were than many "Dinks" in Richmond County though. Dink "the Painter" was the first time I'd ever heard the name until Nam..
Top

I remember both the Hamlet "Dinks." One was "Dink " the painter. Never knew his real name but he would be in his late 80's now if he's still alive.

The second "Dink" was Ronnie Singletery and he was redheaded. He graduated in the HHS class of 64, but don't know what his profession was as I haven't seen him 50 years.
Top

Yepper, that's the one I was thinking about. Dink Singletary.
Top 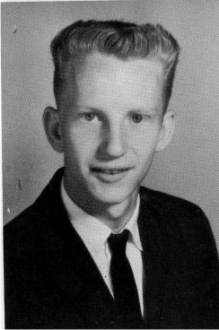 Okay, Ronnie and Donnie Singletary are brothers. Both nicknames are "Dink". Donnie is a member of HHS '69. Also, Donnie is red headed.
Top

Still not the right person. "Dink" the Painter was much older than me...Probably older than Bobby Atkinson back then...

Ronnie was younger than me and too my knowledge, no relationship to the "Dink" I'm talking about...
Top

I'm gonna have to check with some of my contemporaries although Sigmore might check with "Uncle Otis" cause I'm sure he'd remember him...If not, we've got our 500th(or is it the 50th) reunion coming up this summer so I'll find out there for sure.
Top

Yepper, Uncle Mike " Otis Campbell, no joking folks" is sure to know him. I don't remember that haircut though.
Top

Not him..This guy would be 80 years old or more by now..
Top

To put some "finality" on this question, I talked to a number of the pool room regulars from the early 60's this weekend in Hamlet. Everyone remembers him, but no one knew his last name!
Top

Wayne,
Growing-up at my parent's service station (Pop and Mildred Nettles) brought me into contact with many different Hamlet families. I think the man you refer to may indeed be James Anderson ("Dink") Norton whom I was led to believe lived with his sister up on Raleigh street until the mid 70's when I lost touch with him. Although I heard he was a painter by trade, I only remember him walking around with painter's clothes. Dink was a rather large man, but gentle by nature. I was only a teenager when Daddy died but I remember him taking special care of Dink. Dink would come by the station a couple of times a day for his complimentary Coke, peanuts and conversation. Daddy lost quite a bit of weight after a heart attack, and gave several of his old dress suits with hats to Dink who proudly wore them every Sunday. Service station talk had it that Dink was as normal as anyone and a good painter until his wife hit him in the head with a cast iron frying pan, but I think it is more likely he suffered from a mental illness and progressively got worse. He was a great guy if you could take the time to know him.
I remember one funny service station story involving Dink and "Dobber" Liles. Being a regular at our station, Dobber stopped by one day to see if he could get some help moving an out house that had a full reservoir. He borrowed several of the loafers there that day and Dink was in the crowd. Around an hour later here they come back with Dink riding by himself on the back of a pick-up, wet and smelling to high heaven. They pulled straight into the carwash and washed Dink with the brush and hose. Being that Dink was strong as an ox, Dobber had placed him on one end by himself and as they moved the house, well...they say his hat was floating by itself before he stood back up. Dink told me later he threw that suit away.
Top

Users browsing this forum: No registered users and 1 guest